We divulge the basics of Bitcoin, how it works, and whether or not it’s right for you.

You've heard the stories. Someone purchased a few hundred dollars worth of Bitcoin ten years ago and is now retired and living a life of luxury. If these tales leave you asking, "What is Bitcoin" or "What's the deal with digital currency?" you're in luck.

We can't tell you whether or not you should buy Bitcoin, but we can divulge the basics of the technology behind Bitcoin, how it works, and whether or not it's right for you.

With that in mind, let's get started with Bitcoin 101.

Bitcoin is a cryptocurrency, a digital currency that is used as an electric type of money. This peer-to-peer electronic cash system is designed to remove third-party financial institutions - like banks - from the equation while giving individuals a way to send funds directly to one another.

The original virtual currency was created in 2009 by an anonymous developer (or group of developers), Satoshi Nakamoto, as a response to the 2008 recession. Trust in the existing financial world was shattered as banks around the globe failed. Nakamoto's ultimate vision was to remove the world's need for financial institutions to facilitate transactions. Thus, Bitcoin was born.

Unlike physical currency, also known as fiat currency, Bitcoin is created and stored in an electronic format, it does not have a physical form. Any physical representation you've seen for Bitcoin - like the one at the top of this article - are simply visuals to illustrate the coin itself.

However, like fiat money, many Bitcoin holders store their Bitcoin in a wallet. These wallets are applications designed to keep virtual currencies secure while simultaneously showing ownership.

How Does Bitcoin Work?

We've taken a high-level look at Bitcoin, so now, let's consider how it works.

Bitcoin and other cryptocurrencies are built using blockchain technology. Sure, the terminology sounds intimidating, but it's not too overwhelming if you break things down into smaller, bite-sized chunks.

For starters, a blockchain is exactly what its name says - a group of blocks linked together. These blocks consist of transactions, and within each transaction is information pertaining to the overall value of the transaction, the buyer, the seller, and the date and time. Each transaction also has a unique code that identifies it on the block.

These transactions are linked together in chronological order, thus establishing a chain of blocks. When a new block becomes part of the Bitcoin blockchain, anyone can access it and view it. That means all transactions on the Bitcoin network become part of the public ledger.

The beauty of the blockchain is that it's decentralized. That means it's not under the control of a single entity or organization like a central bank. It's a lot like a shared spreadsheet. No one person owns it, and as other people update the document, yours gets updated as well.

Sure, this type of shared access might sound high-risk, but in reality, it makes the blockchain safe, secure, and trustworthy. In order for a block to be added to the chain, it might be validated by the Bitcoin network. We're not going to get into the ins and outs of blockchain consensus and validation here. Still, you should know that because of the complexity involved with the process, creating fake Bitcoin transactions is very difficult and highly unlikely.

Why Do We Need Bitcoin? 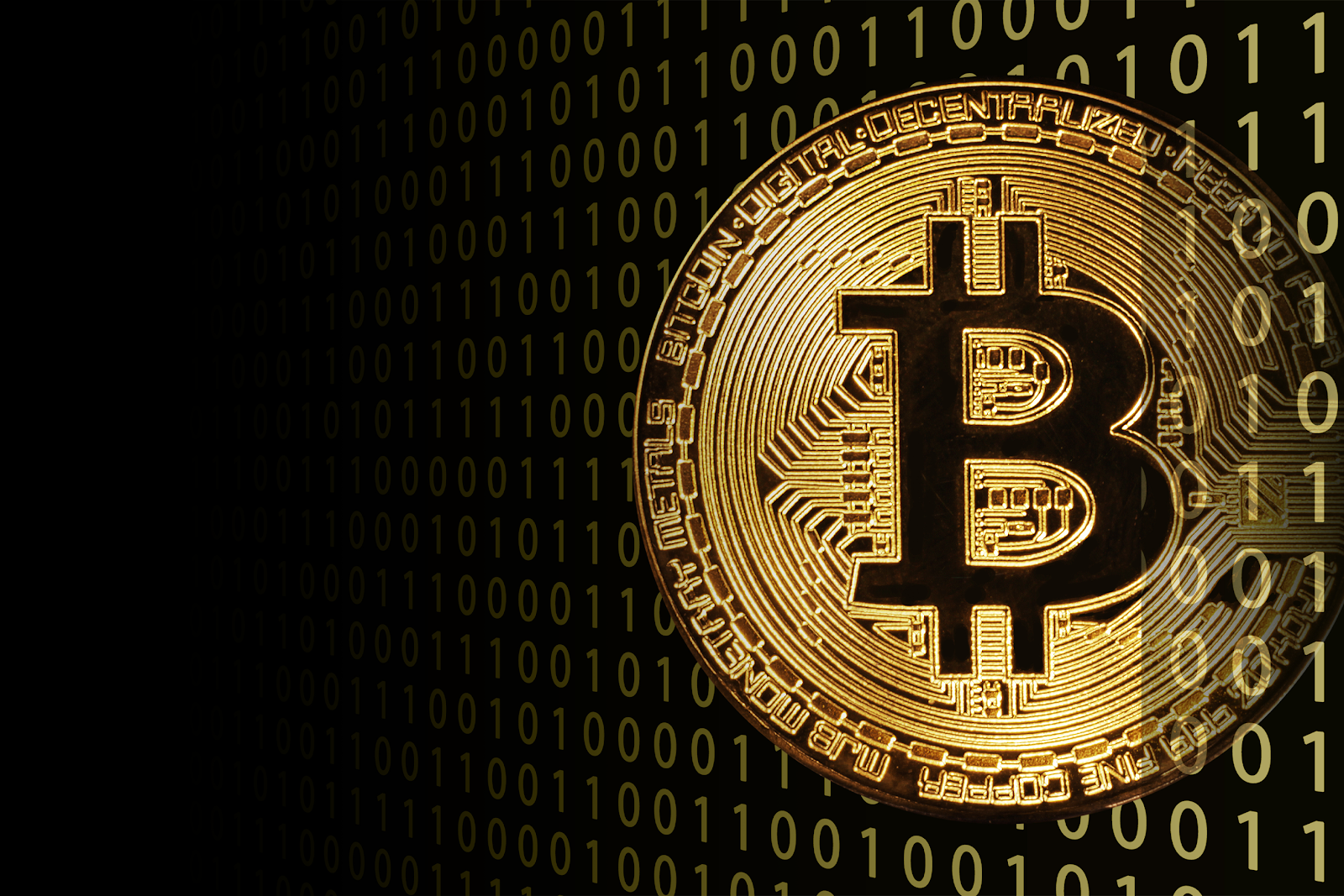 The answer to this question depends on how you view the current financial system. For example, how long might it take to use fiat currency if you need to send funds to a friend or relative in another country? A few days? A week? With Bitcoin, the transaction is fast, secure, and digitized, and funds can be sent to and from anywhere on the planet.

Additionally, virtual money like Bitcoin is an alternative in times of inflation. Since there is a limited supply of Bitcoin - roughly 21 million - the total amount can't be arbitrarily increased by a faceless central authority.

Finally, Bitcoin creates a system independent of centralized entities. Cryptocurrencies establish a new idea of what decentralized finance can look like without the interference of banks and other third-party authorities. Along those same lines, Bitcoin lets the owner decide what to do with their money. If you want to hold onto it, you can. Bitcoin puts the power of your money back into your hands.

Many people are under the impression that transactions on the Bitcoin network are anonymous. It's true that you can send and receive Bitcoin from your account or wallet with a certain level of privacy. However, Bitcoin does not offer the same anonymity that cash provides.

A better word for Bitcoin is pseudonymous. Think of sending and receiving Bitcoin like an author using a pseudonym. With Bitcoin, the wallet address you use is your pseudonym. All transactions that take place using that address are forever linked to you on the blockchain.

It's also important to keep in mind that every Bitcoin transaction is traceable because of the public nature of the blockchain. Anyone can see where the asset resides at any given time, from the moment the token is mined to its current owner.

Pros and Cons of Bitcoin

Like anything else, there are advantages and disadvantages to Bitcoin. Here are a few examples of each.

Use a BTM to Add Bitcoin to Your Wallet!

Now that you understand the basics of Bitcoin, it's time to add some to your wallet. With Bitcoin Depot's thousands of BTMs, you can quickly and easily purchase Bitcoin from a location near you. Don't worry if you don't have a wallet, the Bitcoin Depot app has one built right in.

We've taken the difficulty out of purchasing Bitcoin, so you can spend less time navigating a complex online crypto exchange and more time spending your Bitcoin. It's a fast, easy, and secure process. Visit a Bitcoin Depot BTM today!